I have a friend that sent me these three photos of timber rattlesnakes (Crotalus horridus) that he took from a den site in the Catoctin Mountains in Frederick County. 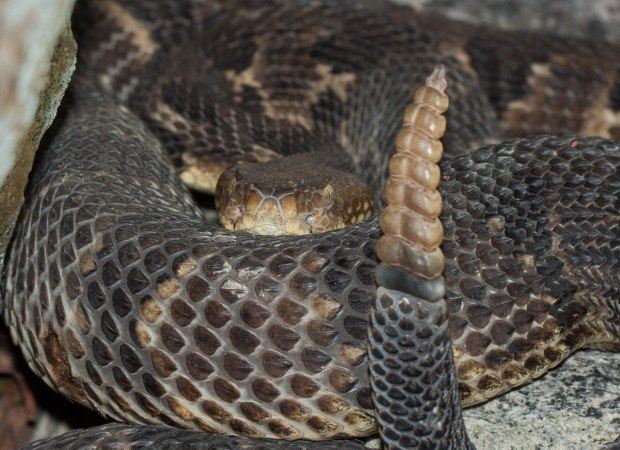 He said that he saw about 20 rattlers and 2 copperheads, with the photos being taken on Saturday, June 21, 2014.  The snakes were shading in rock crevices during the afternoon sun. 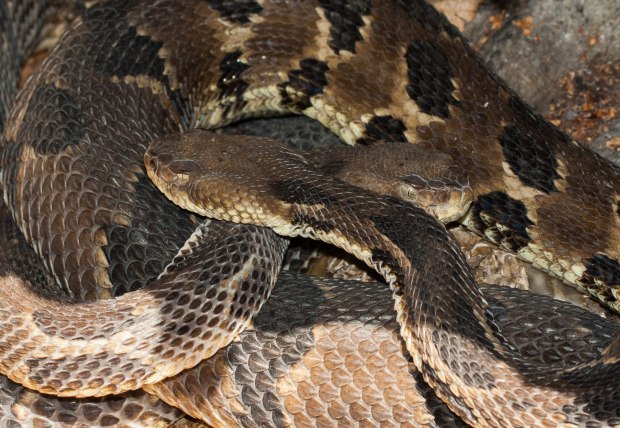 Rattlesnakes are confined to western Maryland, from Frederick County, west to Garrett County. 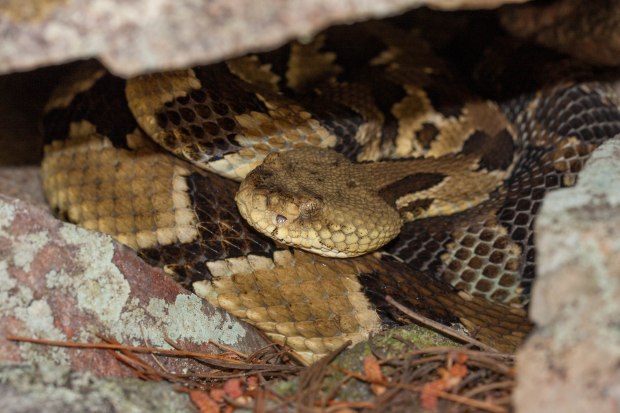 Preferred habitat would include upland forest with rocky outcrops.  Needless to say that he was using his telephoto lens!