I entered three, one pound jars of honey for judging at the 2015 Howard County Fair.  When the judging was completed by a panel of five judges, I took second place!

The following is the judges scoring sheet, and I compare the first and second place entries.  The champion had a score of 98 and I had a score of 96.  My one downgrade was for lack of uniformity of filling the jars.  Each jar is to be filled to the bottom of the jar cap with no visible air gap.  I though that I did exactly that, but there must have been some minor variation.  I did a two pass screening of my honey in the cleanest of conditions, but one judge made a written comment that I had one particle in suspension in my honey.

Thank you to Dayton 4-H Club, Howard County Beekeepers Association and to Jim Chassion (bee mentor) for my lessons in preparing for honey bottling and presentation. 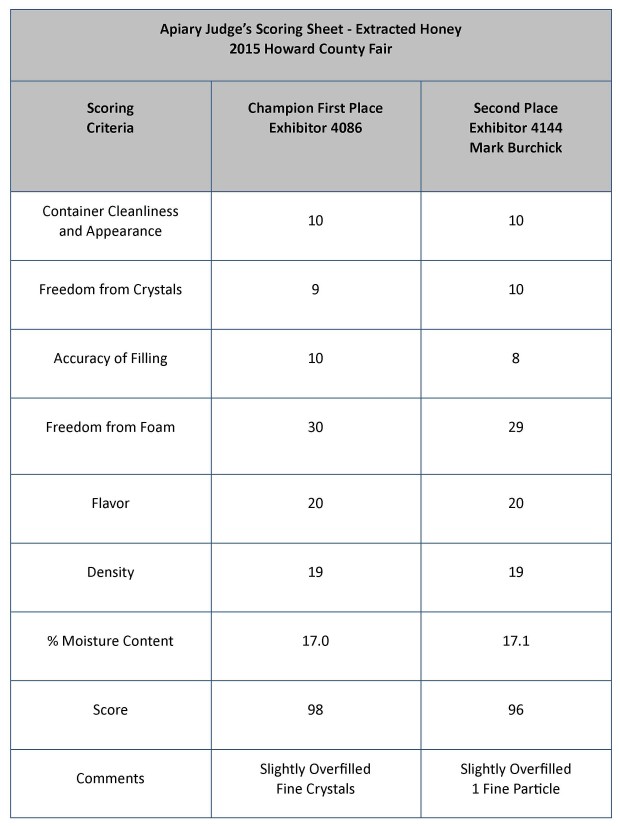