Don’t Tread On Me

The 115th installment of the Army-Navy game will take place on Saturday at Ravens Stadium, and Navy has a new, Under Armour supplied uniform ready to go.  The Mids won’t have to do much talking, because the uniforms themselves, especially the helmets, will make a very clear statement. 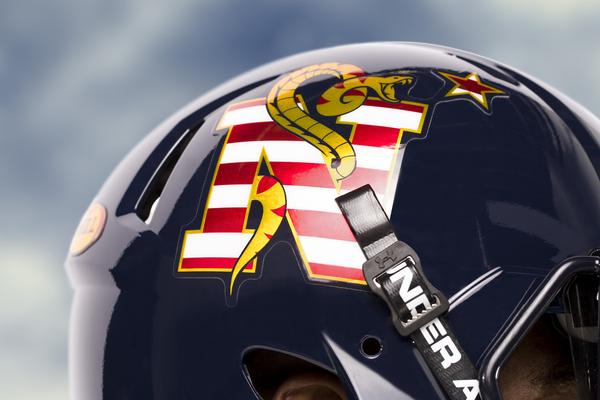 That image of a rattlesnake over red and white stripes comes from the First Navy Jack, called that because the design dates back to this country’s first warships, used by the Continental Navy to fight the British during the American Revolution.  That jack also has the phrase “Don’t Tread On Me” on it, and it was revived for use by modern naval vessels in the wake of 9/11.

Mark’s Rant:  I must get an Under Armour shirt with this logo.

← Coyotes in Clarksville
Blinded By The Light →