Dan Betz and I launched out of the Fort Washington Marina, which has been going through improvements as of late.

We fished the upper portions and south banks opposite the marina.

We fished high tide and then the beginning of the transition of the outgoing tide.

We saw a sizable snakehead and we both made several casts to the sighting but to no avail. 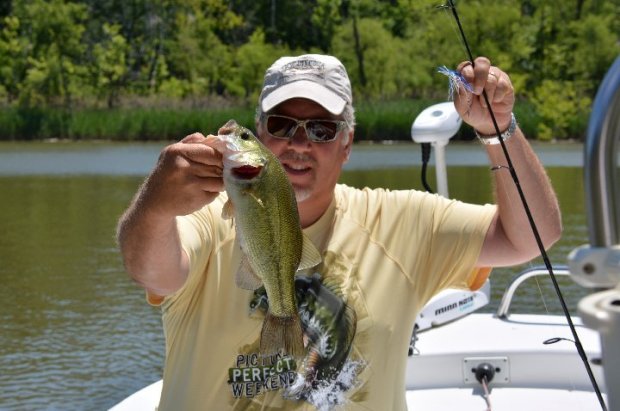 We then went out onto the Potomac River and fished Swan Creek.  It was a beautiful day on the water, with water temperatures ranging from 66 to 72-degrees.  The river still has a fair amount of floating debris, the SAV beds are not well established and even the headwater streams were still turbid.  I think much of this has to do with the significant recent rains.