So What Happened Here? 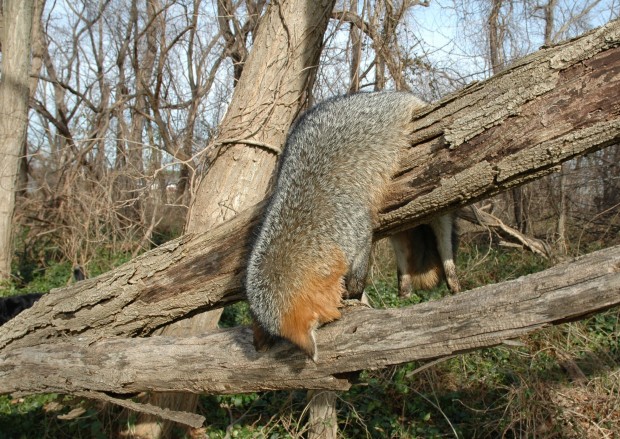 I spent the day doing an environmental review of a large farm on St. Jerome Creek in Scotland, St. Mary’s County, MD.  I observed a dead gray fox hanging from a dead, snagged locust tree, in a woodlot at the peninsula point of the property. 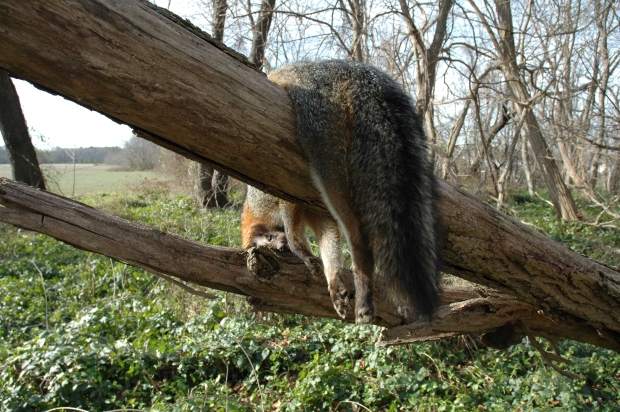 Real quick, gray and red fox are both endemic and common in Maryland.  The gray is native and the red is naturalized.  The gray has a solid colored tail and the red will always have a white-tipped tail for the last inch or two (just like my Bernese Mountain Dog).  The red usually has a red coat and white paws, but phased color coats at various times of the year, the age of the animal and melanin can confuse coat colors between species.  Safe to say though, the red will always have a white-tipped tail. 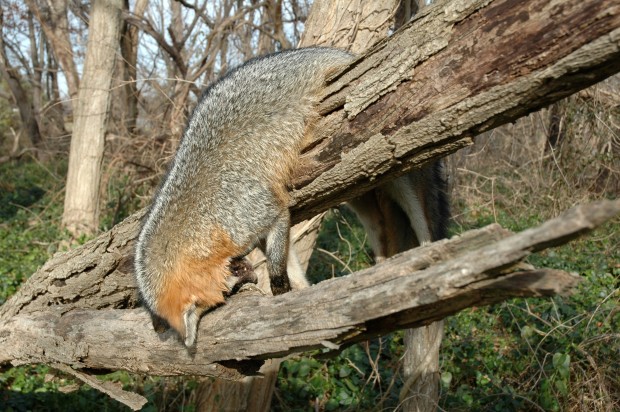 The fox was still pliable and showed no exterior punctures, wounds or bleeding from the ears, mouth or nose.  It was not road kill, because the nearest rural road was over a mile away, via land.  The fox was not shot, trapped or mangled and appeared overtly, as being in excellent heath, no mange, ticks or parasites. 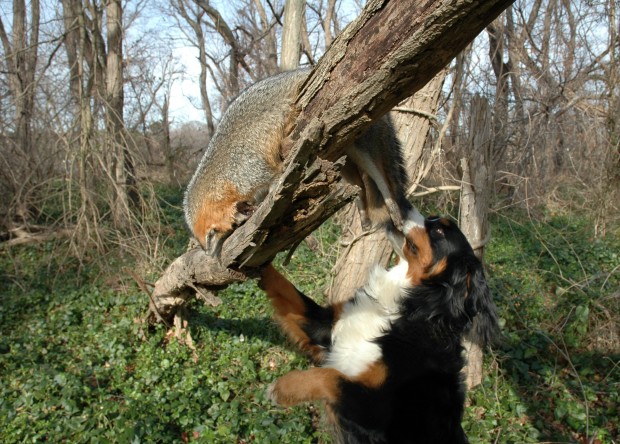 Rebel, my field Bernese was curious too. 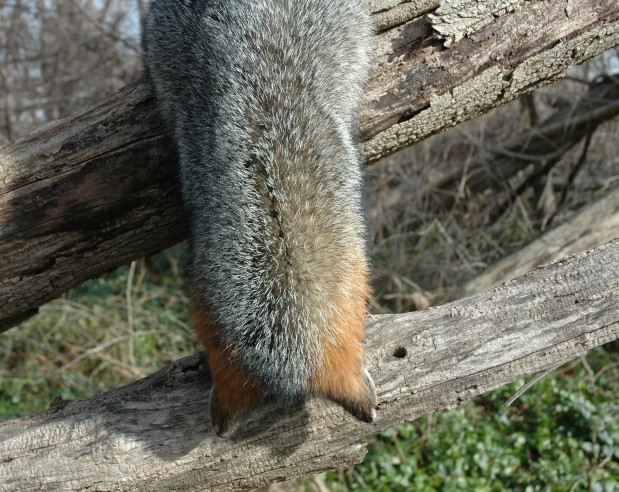 The gray fox had a beautiful, winter, silver-tipped fur coat. 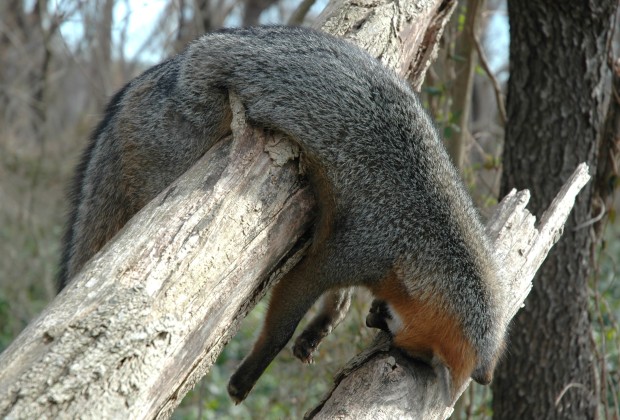 The stem of the dead tree stopped the slide of the fox downward, and the fox came to rest in this position.

So here is my take.  Bald eagle are nesting on an adjacent waterfront farm.  In December, bald eagle pair-bond for breeding purposes.  In January they engage in nest building, lay eggs in February, hatch in March, feed in April/May and fledge in June.

I’m suspicious that a bald eagle, a top flight predator, took a crack at an open agricultural field “take-down,” wrestled this fox in the air and then dropped the fox from the sky, and this is how and where he landed.

Well that’s my story and I’m sticking to it.